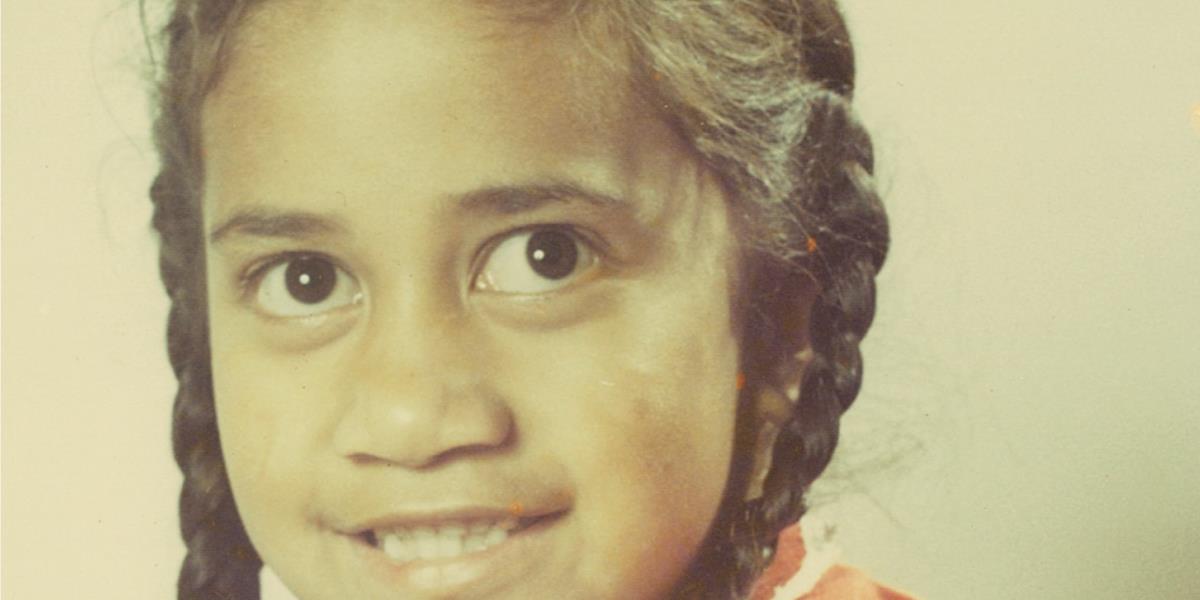 “Her mother doesn’t like Maoris.” I remember a girl at school telling me that this was why I was never included in invitations to one of our friend’s place for parties and playdates. “But I’m not a Maori.”

She shrugged. And this was probably the first time I ever encountered prejudice and realised what it was.

I was one of the handful of non-white kids at our small city school and the few bullies would corner us individually from time to time. One day we decided to fight back so our UN motley crew of Samoan/Indian/Maori kids who were more nerdy than sporty met the bullies and we had a fight. I can’t remember who won but I remember we all got in trouble. My best friend from those then is still my friend now, I was always welcome at her home. Years later I found out her parents would rail against adults who said racist things about me. I’d always wondered why the ladies at Girl Guides never seemed to like me. Years later I found out my friend’s lovely father was a refugee from Eastern Europe who’d taken on an English name to fit in here.

When I went to intermediate I met up with kids whose families weren’t as well off as most of the ones I’d gone to Primary School with. These kids were more vicious in their racism because they were scared we were better off than them. One boy used to follow me around school and call me a slave (Roots was big back then) and demand to know why we lived in a big house (he lived in a state house). After a few horrible incidents on the school bus I only caught the public bus (safer because of adults) or walked from Miramar, under the airport and across to Kilbirnie.

I wanted to take French at college but when I asked, a well-meaning nun told me that if I was going to be of any help to my poor mother then I’d be better off taking typing so I could get a job when I left school.

I was working in an office and we had loud mouth salesmen coming in all the time. One night at a work dinner, we were sitting there when one of the salesmen told us he had a joke. He started off with how he was in his office and a fat Sarmowan (Samoan) cleaner came to clean his office one night and he told her to take her clothes off. She did. Next her told her to get down on her knees. She did.

The joke went on and on as he told the naked, Samoan woman to crawl around his office.

Finally he told her to get dressed.

When she asked ‘Why you make me do this Boss?’

He told her that he was wanting to work out where to put his new black leather couch he’d just bought.

All my workmates screamed with laughter.

And I sat there. The only person not screaming with laughter and the only non-white person. The only Sarmowan. I felt embarrassed, angry and alone. Everything seemed to be in slow motion. It was 1980-something and he was wearing a white billowy pirate shirt.

I stood up. Filled my glass with red wine. And threw it in his laughing face and all over his white pirate shirt.

And everyone stopped laughing.

As I got my coat and bag and went to leave someone told me to calm down and I told them all what to do.

When I went back to work I heard from one of the Maori girls who didn’t go to the dinner that my workmates were all saying I got drunk and attacked one of the salesmen.

I was working at a bank in Newtown and after winning a debate against some of the managers, the they asked me to help front some videos. We filmed at night and a lot of it took place in the board room at the bank’s national headquarters on the top floor in the CBD. There was a film crew and a woman who did our hair and make-up. Halfway through filming there was a break so I went to take the lift downstairs to have a break outside. When the doors opened on the ground floor as I walked out someone called out to me.  A man I’d never met came up to me and said grumpily.

“You’re late. You’ve got to do this floor later on now because we’re working now so you’ll just have to do it later on.”

He kept moaning at me as I stood there, in my hair that had been hair sprayed, blue suit and matching court shoes. I realised he thought I had come to vacuum his floor and empty his bin. He couldn’t tell the difference between a woman in a business suit and a woman wearing a cleaner’s uniform.

Afterwards I went back into the lift and when the doors opened I saw it was full of cleaners with and rubbish bins and I could tell they were all Samoan.

I told them they’d better be careful because there was a grumpy Palagi guy looking for them and as the doors closed we all cracked up laughing.

After studying politics I applied to get into Wellington Journalism School and interviews were held in the old “murder house” dental clinic on Willis Street.  A middle-aged woman and older man (both white) greeted me and after half an hour cut the interview short to tell me I wouldn’t be making it through. The woman kindly told me that when I walked in she noticed I did not shake her hand strongly enough. The man nodded. She went on to tell me that I did not look her directly in the eyes enough. The man nodded. She then told me that in their experience Islanders or Polynesians like me do not make good reporters because – now this is a compliment Christine – you are so humble and polite, but too humble to ask the hard questions, too polite to make a good reporter. The man nodded. Eventually, I got in on the waiting list. And when we graduated only a handful of us were offered jobs at national dailies and I was one of them. I was one of them. One of the first things I did when I started working was to argue with a sub-editor to stop calling us Islanders in their headlines. I wanted them to call us Pacific New Zealanders.

I was asked to interview a candidate for a fairly newish political party. My chief reporter didn’t think it was that worthy a story but I thought the party was going to be an interesting one to keep an eye on. It was after 4pm and I knocked and walked into his office and an older Pakeha man was there standing by the reception desk looking nervous and talking to a flustered woman. He turned around and took one look at me and said.

He waved me away and I realised to my shame that even though I was holding a tape recorder and not a mop he thought I was the cleaner (this is a recurring theme isn’t it?). I stood there for a few minutes and said nothing until my photographer mate said sarcastically.

Let’s just say that interview was rather awkward.

I was working at a regional television news show and I’d lined up three people for the host to interview that night. One was a public service chief executive and iwi leader, one had just been named in the Hurricanes and another was spearheading an anti-violence campaign. My boss shook his head.

What’s wrong with them?

Too brown, that line ups too brown.

Two were Maori New Zealanders and one was a Samoan New Zealander, they all had unique and compelling stories but my boss told me that having all of them on together wouldn’t work because of the colour of their skin.

I was pregnant and waiting to be seen by a doctor for an ultrasound at a provincial hospital. My husband had taken our 2-year-old to the toilet when a nurse told me the doctor would see me now. I walked in and an older white guy looked at me, frowned and looked away. He pointed to the examination table and said in an exasperated tone to take my top off for the scan. No hello, no greeting, nothing. He looked at me disapprovingly and asked: “Is there a father?” Now many years later I have all the best answers in the world but at the time lying there with my top pulled up over my bra I just meekly said, “He’s coming.” I’d worked as a ministerial press secretary and in the parliamentary press gallery but to my shame and in the moment I did not challenge him. When my husband arrived the doctor’s rudeness increased and after he told us to “shut that kid up” we walked out. After talking to other women I found out this doctor was known for treating women, particularly Maori women, horribly.

Months later I heard from mates that a very large and very staunch Maori woman had an appointment with the horrible doctor. All I will say is that as she lay half naked on the examination table he was as rude to her as he’d been to me but unlike me she reacted swiftly. Grabbed his head and held it down (I will leave it up to your imagination where) and calmly told him to “Say sorry C***”.  I understand that the horrible doctor did indeed said sorry.

My eldest is now the same age I was when I threw a glass of wine at the salesman who told the racist joke about the Samoan cleaner. We talk about justice a lot, it’s good to be able to talk about things that make you feel yuk and importantly how to cope when it happens. Most of all I don’t want my kids to face the same prejudice I’ve faced but I know they have already faced their own versions of it. I’m not bitter about what’s happened to me.  I am hopeful. We need to talk about prejudice and bias and abuse because otherwise it will eat away quietly and silently at our communities and our future. I think our younger generations of New Zealanders are more open minded and less prejudiced than previous generations: I have a lot of faith in them.

I became accustomed to receiving the most backhanded of compliments from well-meaning "middle'' New Zealanders.

Lawyer, Fulbright Scholar and Harvard graduate Kingi Snelgar has packed a lot into his 29 years but when he was a teen he thought racism was just part of being a Kiwi.