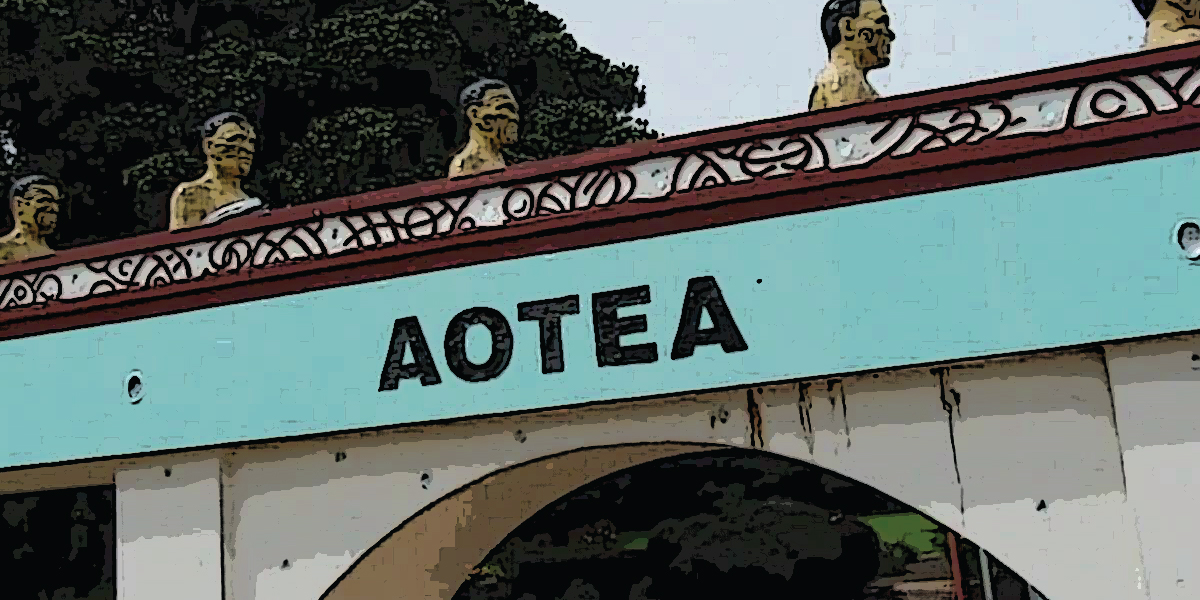 As a boy, I grew up in Patea, back when it was still a freezing works town.

I went to the local school, heading to Hawera High when I was 15. Unlike most Pakeha in the late 1960’s and early 70’s, I was taught some of the history of the clash of local Māori with settler Pakeha and the Crown. I largely learnt from my father and a local farmer, Livingston Baker.  Livingston was directly related to the settler leader who headed the Republic of Hawera.  My father learnt from him and the local Māori community. We were never taught this history in any school I went to: I don’t even remember the Māori or Pakeha students talking about our shared history. Reflecting back I realise I was lucky to learn those things when I did.

As a teenager I visited the pa, battlefields and redoubts between the Tangahoe and Waitotara rivers. With Livingston, Dad and others I helped recover the Tangahoe flourmill stones that now lie in the town’s museum Livingston helped establish.  Those adults showed me that the confiscation was not about breaking in the bush: it was about taking the best agribusinesses by force of arms and law.

My local historic hero was Titokowaru while All Blacks Murray Wills and Alastair Scown were my contemporary local heroes.  Both were farmers on land between the Waitotara and Tangahoe rivers

My local historic villains were Chute, Cameron and von Tempsky.   I did not know what to make of Kimble Bent. My parents were Irish and Welsh so the side I took was not just based on local history.  Decades later I would learn the New Zealand laws that enabled confiscation of much of the land I walked on were based on Cromwell’s laws for the Protestant plantation of Ireland.

When I was 13 I refused to study French because I thought te reo should be taught to us first, particularly because a significant number of us were Māori.  So I was sent down to the B stream where I studied Commercial Practice.  I was lucky. My teacher was an amazing man, Sam Prime, who also tried to teach me te reo (I failed).  He was a leader of the Patea Māori Club and my 1st XV coach. More than anyone other than my parents I owe who I am to Sam.  Later I stood up against racism in South Africa by wearing my Halt All Racist Tours or HART badge to school in Hawera and my HART tee-shirt at rugby training.

However, my father, Peter was the one who fully understood the impact of racism in the school I went to.  He was a teacher and Deputy Principal while I was there. While I was aware of some of it I was not aware of the depth of it in the way he was. In the 1970’s he wrote of “Hidden Fences Round the School – the unseen alienations the Māori student faces.” He acknowledged the importance of the big stuff like “cultural, linguistic and scholastic barriers.” However, he wanted us to focus on the “hidden difficulties” that are not so well published, “probably because neither the school administration, nor the unhappy victims are aware of them.  He compared the situation to the “great amount of racial prejudice that is practiced in our adult society” and went to describe unconscious bias in the way it is understood today. He pointed to how important it was that te reo was pronounced correctly in school. He explained the practical barriers in his school for Māori who had different concepts about privacy of property, clothing and uniforms, supervision of children and how to learn.

I also learned in my teenage years about Parihaka and Te Whiti, not so much about Tohu in those days. For much of my life I was torn between the difference in the way Te Whiti fought for justice, peaceful, and the way Titokowaru fought, war and peace. I still do not know if faced with the injustice of what happened in Taranaki then, I could have seen the wisdom of Te Whiti and Tohu’s way. But Ghandi and King were also heroes of mine in those days. Steve Biko was too. I did not know of a man named Mandela then, he was still locked away.

I learned in Patea of the unjust incarceration of Māori. First the Tangahoe and Pakakohi people arrested in Patea in 1869 and then the Parihaka people. What I did not realise until very recently was that these unjust incarcerations were a major reason that the percentage of prisoners who were Māori rose to nearly 12% in 1880. From 1860 to 1915 2-3% of the prison population was Māori.  I was told recently that in the 1890’s 45% of the prison population was Irish and usually Catholic. My informant was from Invercargill. He told me that even in the 1950’s businesses there thought nothing of saying “Catholics need not apply”. Perhaps this is part of the reason Bill English calls the current levels of incarceration in New Zealand a moral and economic hazard.  Today proportionally, very few New Zealanders are in prison but the number is still too many New Zealanders. 10,000 out of 4.5 million of us are imprisoned, many of them are remand prisoners like the people from Patea in the 1860’s who were detained without trial.  The leaders of our justice system, led by the Police, are grappling with the bias and racism in our justice system but both the levels of discrimination and the levels of incarceration are a national disgrace.

In the Patea Freezing works I remember Syd Kahu, a union leader and an Ngāti Ruanui elder from Pariroa Marae, stand up against disgraceful conduct by the company. After a worker was killed on site and it was established that company negligence was to blame, Syd united the usual workforce as well as the students (often the sons of farmers) in striking for better safety. Syd would later go out of his way to support me in some of the toughest time of my life. It was his example that led me to support the creation of the union that all our professional players are members of and to negotiate New Zealand rugby’s first collective contract.  Unions can do great things if well led.

At the end of the day the only reason I took the job as NZ Rugby CEO was that I knew Sam Prime would never forgive me if I did not. I rang his widow Pauline the day I got the job to tell her that. She was the second person I told. Within five months the NZ Rugby Union Board agreed that the national anthem would be sung in both languages from the 2000 tests onwards. Neither the National or Labour governments I dealt with in those few months had the guts to tell the NZRU to do that.  It was Sam that got that job done.

If we can counter ignorance with education and awareness all the better for future generations.

Racism is caused by two ingredients: arrogance and ignorance.

Teacher Matt Kidd shares a sermon on racism he delivered to his students.