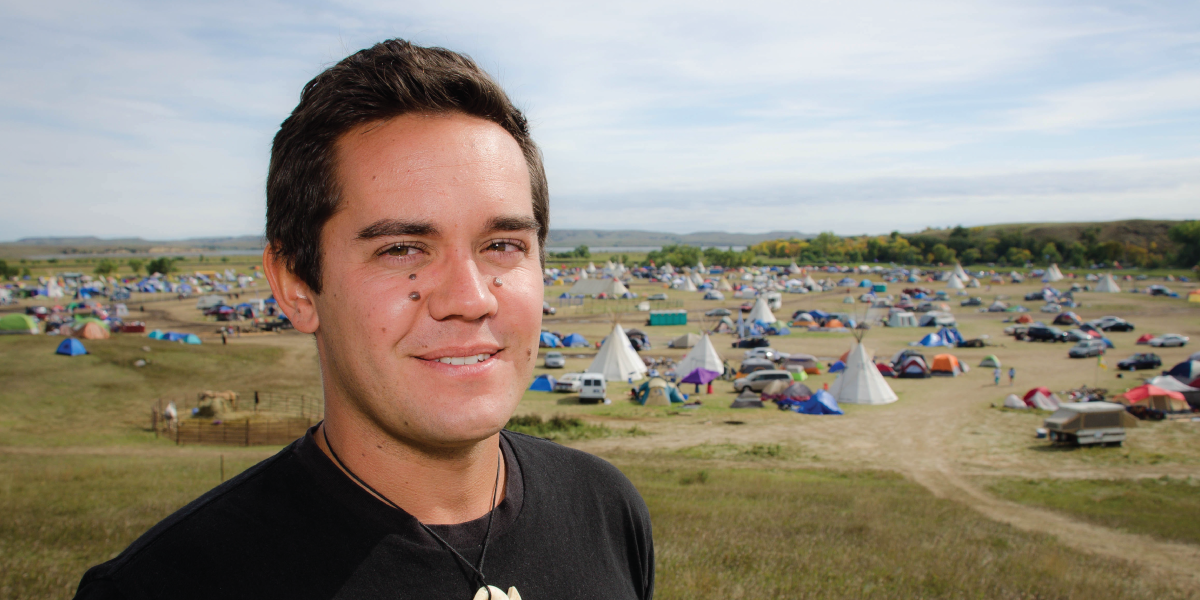 I was 13 or so when a Police siren screamed past our school and then someone in my class shouted out:

“Watch out Kingi! the cops are coming for you!”

At the time I tried to ignore it when other kids said things about my family, joking that we must be criminals or that our cars were stolen. I guess I kind of shrugged and thought it was just part of growing up.  I’d ended up at this prestigious school after spending all my earlier years in Maori language schools so that kind of thing wasn’t at all what I was used to. Even though my dad’s Pakeha I was brought up speaking te reo, all my friends were Maori so to go into a totally Pakeha environment and to encounter all these assumptions that I came from a criminal family because I was Maori. It was hard to deal with yeah.

Years later what I realise is problematic about what happened to me is that those kids’ perceptions are passed down through generations. They don’t just come up with them on their own, those boys were copying what they’d heard at home from their parents. And what they’d heard was that Maoris, like me, are criminals and nothing much else. But it did hurt, yeah and I’ve never forgotten.

So with racism, sure I’ve experienced it first hand but being half Pakeha and half Maori I’ve been kind of living in two worlds, which has been a curse at times as it’s often about dealing with your own personal identity. Sometimes you feel like you don’t really fit in anywhere.

The “living in two worlds” dynamic means because I’m fairer than some of my friends. For some Maori, when they walk into court, officials are more likely to assume they’re defendants, not lawyers. Why? Because they’re brown and the reality is that the majority of people processed through our courts are brown. It’s a really demoralising institution to be part of when you just sit there and see defendant after defendant, people whose families have endured generations of colonisation and racism being institutionalised. And here they are in court.

I really think our “She’ll be right” attitude means Kiwis tend to shoot people down if you’re too controversial, we don’t like to talk about racism, we prefer to avoid conflict or things that challenge our comfort. So I was surprised but also really stoked to see an anti-racism campaign launch here at home.

In the United States, I found people were more open to have the conversation even if they disagreed with you which I think is healthy. Whereas back in New Zealand if you speak out about racism people think you’re a keyboard warrior who’s over the top so people will often try to cut you down rather than stopping and thinking about what you’re saying. While racism and prejudice aren't as visible as it is in the US or Australia, it’s a slippery path if we ignore it and normalise it.

What scared me while living in the United States is that Trump has found ways to further divide a country that already had a lot of divisions.  I was at Standing Rock spending time with indigenous Americans, the water protectors and they showed me the kinds of things they go through, things that are normal there. I learnt that a whole lot of native kids went to an ice hockey game and while they were sitting there at the stadium some local residents poured their drinks all over them. Why? Because they are indigenous children and in many of those small towns that surround reservations there’s often really intense and long-standing racism. Police target cars registered to reservations. We saw examples of brutality while we were at Standing Rock. It’s a very scary kind of world for many Americans now. We think America stands for liberty but I think New Zealand doesn’t want any of that kind of liberty.

When I was studying at Harvard there was a campaign to remove the Law School’s seal because it was the symbol of a brutal slave owner, Isaac Royall. There is a wall where all the photographs of professors hang and one day someone put black tape across the faces of the black law professors. This caused an outcry of emotion so students and some staff occupied the law school, pushing for more diversity, calling for more critical race theory and the teaching of the history of Americans from all ethnic backgrounds. I learnt a lot from these activists and their courage. They were unafraid to confront the law school and within six months of student activism, the seal was removed. So even a place like Harvard – that holds itself as one of the most progressive institutions on the planet – can learn a thing or two from #BlackLivesMatter and grassroots activism. We can learn a lot from America where in places there is almost like a wilful blindness to racism’s legacy and the problems it's created.

Geographically we are separated from the rest of the world and in some ways, it’s bad because we can become set in our ways but at the same time, it’s great because we can also decide on our own what we stand for and what we stand against.  We are such a diverse country we need to continue to be mindful of treating everyone with manaaki, aroha and respect. We need to live up to that ideal. All of us want New Zealand to be known as a nation of tolerance but we need to actively walk that path, not just talk the talk but walk the talk.  I’ve been so lucky to make friends from around the world and talking to them and hearing what their families went through – whether their loved ones were massacred because of their ethnicity or their religion – here in New Zealand we can be world leaders in making people feel welcome, honouring their human rights and treating them with manaaki no matter who they are.

I really think we have the chance to be a world leader when it comes to being ethnically diverse and tolerant. That’s something we’ve got a real shot at and we start by being open to talking about racism, whether it’s casual or overt.

I remember back at school if anything to do with the Treaty came up kids would stare at me and think I was the only kid who could talk about it but it should be something all New Zealand kids understand. I used to go to Kings College and they’ve made Te Reo compulsory, they’re a great example of how to combat stereotypes. Maori culture isn’t historic it’s real life and alive today and the language is just one way we can share it across generations. Like many Maori, my grandmother was beaten for speaking Te Reo at school and years later to know that a school like Kings has made Te Reo compulsory, it’s incredible really. Every single student at that school is now being exposed to Maori culture and language in an environment where Te Reo is respected and valued. This is a real way to combat prejudice. I recently attended a seminar and one ex-King’s College student shared her view that Maori New Zealanders have been incredibly generous to share so much in spite of the unfair historic treatment we’ve faced. Hearing her talk about how thankful she was to Maori people, that moment was really memorable for me.

After I left the college, it went through a tragic period where a number of students died. When I was at school, I had helped write the school haka.  The students found learning and performing haka was a way to come together and grieve. It was a really tough year, but the feedback I got was the haka helped students mourn, helped with our spiritual wellbeing.

As New Zealanders we need to challenge ourselves and not just think racism is something that happened in colonial times, racism happens in contemporary times. Maori New Zealanders continue to face biased attitudes from authorities, even the Police have admitted it happens but everyday people need to recognise it more and not turn off when people talk about prejudice. We want New Zealanders to at least acknowledge it happens, acknowledge that history plays a part in issues we face today and to talk about it. At least that’s a start. There’s a wilful blindness in America when it comes to acknowledging racism and its legacy and we don’t want that attitude to become normalised here.

Reflecting on her life, Christine Robertson examines the racism and discrimination she experienced.

If we can counter ignorance with education and awareness all the better for future generations.