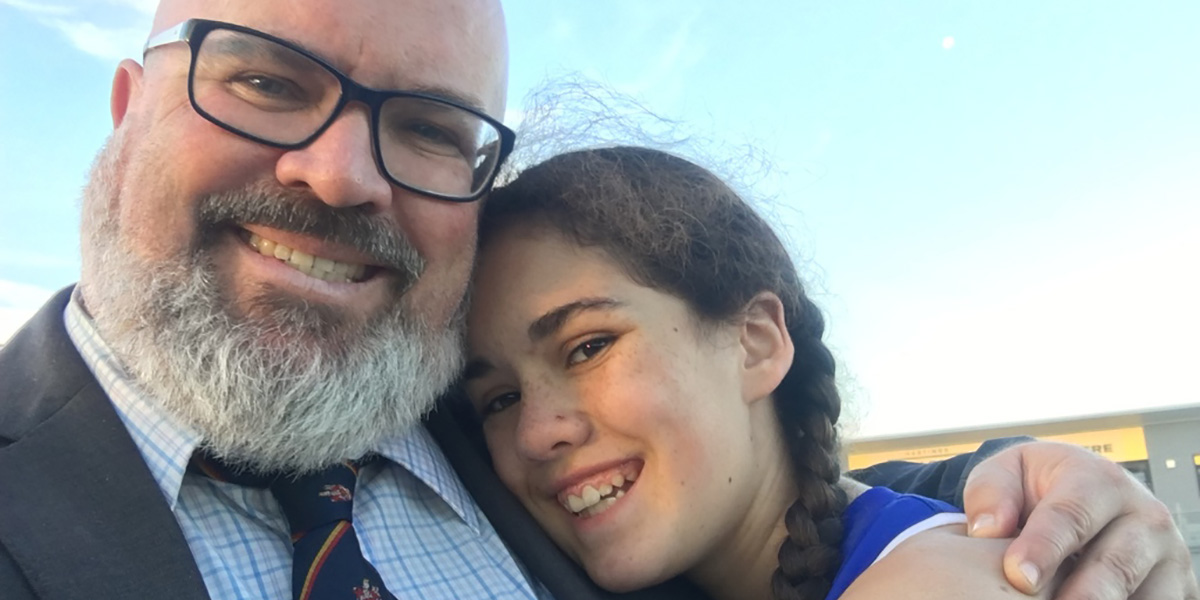 Racism is caused by two ingredients

I'm a teacher in a Christian boys' college.  After seeing racism in one of my favourite TV shows on Monday night, I thought it was important to address it in the sermon I delivered to our students this week.

It is hard to write a sermon for all the people in this room. The thoughts and interests of an eleven-year-old are very different to the thoughts and influences of a four-year-old up on stage. And we are all from different backgrounds and have different views of the world. Growing up in Gisborne is different from growing up in Guangzhou. Being a boarder is a different life rhythm to being a dayboy. What would be a theme we could all relate to?

And because over the years I have sat through some 950 of these chapels (but who is counting), I thought I knew a good one from a bad one. So here goes.

We will now watch a short video.

I am very proud of that video because one of the people behind the concept for this campaign was Jake Firman, an old boy of this College.

Yes, my sermon today is on racism. In order for you to appreciate my attitudes towards this issue, a bit of back story is required. I grew up in West Auckland and Central Auckland in the 1970s and 1980s when Polynesian and Maori outnumbered European New Zealanders in this neck of the woods. I learned, sang, played, danced and socialised alongside people from all cultural backgrounds throughout my life. For me there was no concept of “they”, there was only “we”.

After university I went to live in Tonga, initially for three months but ended up staying for two and a half years. I worked for the bank and enjoyed the climate and the culture and met some wonderful people and some horrible people. It confirmed to me what I had always known about Tongans, that there were tall Tongans and short Tongans and good looking Tongans and ugly Tongans and hard working Tongans and lazy Tongans and generous Tongans and selfish Tongans. I tried to gravitate towards the tall good looking hard working generous Tongans. As one does. However, during this time I began to become aware of racism – firstly from some of the palagi who came to work in the Kingdom, but also towards me as a palagi by those Tongans who were willing to judge my entire character and identity on the basis of the colour of my skin. My raised hand in some voting situations would be ignored. Some taxi drivers would drive past me to pick up a Tongan fare. And yet I refused to have my opinions of any one Tongan shaped by these experiences. I just continued to relate to others as my father had always taught me – treat each and every person as an opportunity to learn and love.

However, I began to learn that racism was caused by two ingredients, arrogance and ignorance, and that when combined they produced an attitude that said “we” are better than “them” and therefore we will treat them as inferior. Now I do not know who in this room is racist and who is not. I would love to think that there is no need for this sermon. But sadly, I know there is. For those who think they might be, as Taika Waititi states, “a little bit racist” listen up. I can do nothing about the arrogance part of this equation. You were not born arrogant, just as no one is born racist. You have learned this arrogance from your parents, your community, your peers and your role models in the media. In order to overcome your racism you will have to try and switch off your arrogance. That is a personal decision that only you can make. However, I can help you with the second ingredient –and that is ignorance.

While in Tonga I became heavily involved with the Tongan Rugby League. My upbringing in Auckland meant I loved the game and in Tonga there were lots of amazing athletes willing to play. Some even saw it as an opportunity to find a better life in Australia with the then ARL. So we would film many of the top grade rugby league games in Tonga and send them across to rugby league clubs in Australia with a hope of getting the top players contracts. I would commentate these games and would have the responsibility of getting their names exactly right, firstly out of respect, but also because that might be the difference between these players getting a contract or not.

I had taken Maori for a year at university and so had a bit of an idea about how to pronounce Polynesian languages. However, there were subtle differences as the first people to write down Tongan, or Samoan, or Maori were missionaries – but each group of missionaries did it slightly differently. The –ng sound in “tangi” was the same as the sound in “faga” but one was written as –ng and one with a –g.

Learning Maori had also made me appreciate the open ended syllable and how to break a word down and build it back up so that we may pronounce it accurately. Every single person in the world appreciates their name being pronounced accurately. And so it was with the Tongan players, especially the ones who gained contracts – Isileli Tonga, Salesi Finau, Viliami Takapautolo and Isi Fatani.

Now to the reason I am giving this sermon. Last Monday night on one of my favourite rugby league programmes “Monday Night with Matty Johns”, he had a skit that featured the children of famous rugby league players trying to pronounce Polynesian names and having a laugh at their efforts. I’d love to think that this was at the expense of their own children, but the main butt of this attempt at humour was the names of players like Semi Radradra, Semi Tagataese, and Sio Siua Taukeiaho - who had their names mocked for laughs. Their surnames are not just their names but their wives' and children’s and extended families' names as well. And with 46% of the players in the NRL being of Maori and Polynesian descent, it is difficult to work out why Matty Johns and co might find this funny. Unless of course, they are arrogant, and ignorant.

So, to close today, I want to give you a quick lesson on how to pronounce some of the Polynesian names at this College. Firstly Pierre and Armand Sokotaua. We can break it down into syllables of So / ko / taua. In Polynesian languages there are a lot of dipthongs, which is when two vowels are run together to form a new sound. Now since the vowel sounds are a,e,i,o,u, that means the last –t a u a is pronounced taua – a little like power with a t. so “Sokotaua”. How about Majella’s surname – Tufuga – we know the missionaries back in the day wrote down the –ng sound in Samoa as a –g so when we break his name down it is Tu / fu / ga. Finally Anthony’s surname, Korocowiri – ko / ro / co / wi / ri. The c in co in pronounced tho – kind of like, strangely enough, the c in Spanish as in Barcalona and Valencia. Getting these names right is important to these students as a sign of your acceptance and respect of them and because often in mispronouncing them you might be saying something very disrespectful.

I trust that is helpful in helping you out of what ignorance you might have around pronunciation. It is a small step I know to getting rid of the ignorance that fuels your arrogance that leads to racism, but as Taika Waititi says – every little bit helps.

I will leave you with a quotation from, you guessed it, Shakespeare, who had a wise fool in Twelfth Night state “there is no darkness but ignorance”.

Amrinder explains why he's hopeful that Kiwis will embrace everyone that chooses to make New Zealand their home.