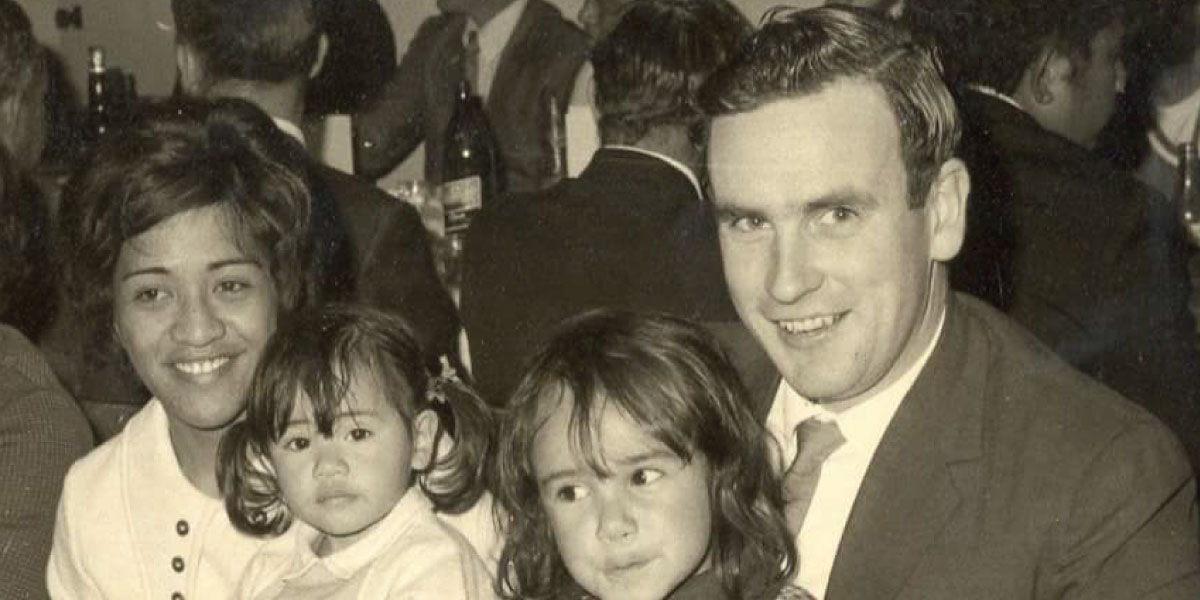 My experience of racism as a child, a CEO and as a Mum

Thank you for creating space for stories of our lived experience of racism to be shared. I remain hopeful that empathy and critical awareness in our communities will be the result of making my personal experiences public.

Over the years and throughout my adulthood on a daily basis, I experience more racist assumptions, comments, well-meaning dialogue and straight rudeness than I care to recall. And that's just what is said to my face.

One of my earliest memories of racism occurred when I was a small girl starting a new school. I was shocked and surprised to discover that my name had led teachers to expect that a young Pakeha girl would be joining their top stream class. Alas, when I rocked up with my jet black plaits and milk chocolate complexion I was sent back to the office because 'a mistake of some kind had been made.'

Every time this happened my Pakeha Dad would turn up to school with my report, have 'words' with the Principal and hey presto I would be returned to the top class. After a few weeks of being told that I had to 'earn' my place (funny I thought my good grades spoke for themselves), the 'situation' and the 'not welcome' feeling would eventually settle down.

It was lonely and confronting a lot of the time and I thank the stars for my good friends and awesome whānau. This became the rhythm of my schooling life and while I knew it was wrong I was powerless to influence those all important 'first assumptions' that people made when a brown girl was sent to join the top stream class.

Over the years and throughout my adulthood on a daily basis, I experience more racist assumptions, comments, well-meaning dialogue and straight rudeness than I care to recall. And that's just what is said to my face.

I recall as a young University lecturer working late in my office one night being asked by security if I was the 'cleaner'; as a freshly minted CEO attending a CEO forum being asked 'if I was in the right place'; and, at the council office paying my rates being asked if this house was 'really mine'. Such incidences are numerous and unfortunately way too common to be ascribed to the lunatic fringe.

As a Mum and an Aunty what really grinds my gears is the typecasting of Māori characters in NZ film and television. Goodies are almost always white and baddies, crazies or untrustworthy types nearly always brown. Advertising seems to focus on white people and their children and the coverage of crime seems to only state the ethnicity of an offender if they are Māori or Pacific. This racist practice builds a public view of my relatives and neighbours that misrepresent who we are in our daily lives driving lazy thinking and more racist assumptions about all brown people.

It also means that my gorgeous nieces and nephews and my four children grew up unable to find heroes and shero's who look like them in the newspaper, in books, in games, in school journals, in films and on television.

As parents, we have made sure that good brown people inhabit their living spaces, hunted out brown dolls, brown authors and all the best stories I could find about brown people. I say hunt because these resources and opportunities have to be created most of the time. In the recent decade this has improved somewhat but the overwhelming representation of the 'ordinary' and extraordinary is still very white.

It's important to me that our kids know that goodness, intelligence, generosity, kindness, courage and grace are normalised in people who look like them, not just white people.

I've dragged my kids from one end of this country to the other, from Marae to Marae, town to town, hui to hui so they can experience the magnificence that is manaakitanga in action. So you can imagine their surprise when racists do their ignorance thing in their presence.

While I'm tired of racism I remain hopeful that the critically conscious children of today will grow to be the great parents of tomorrow and that one day, Aotearoa will grow up and realise that we are a Pacific nation, not 'little England'.

Once we nail that maybe our national identity crisis will be over and we can get on with embracing who and where we are by speaking Te Reo and respecting Te Ao Māori for its life-giving goodness.

The stereotype of "dumb, fat, violent" Pacific Islanders are wrong. Here's why

Growing up Maori in NZ: My daily experience of racism at school, playing rugby, at University and at the shops

I was 9 and it was the middle of religious education at our state primary school when a lady told our class that God didn’t love the Tuhoe people because they were terrorists.