I am Rosa Chow and I am a Kiwi.

I hold a NZ passport, I volunteer and serve my community, I pay my taxes, I abide by the laws: I am a New Zealander. More importantly, I love my country. I will contribute to make it the best place to live in.

When I arrived in New Zealand from Hong Kong in 1997 my younger child was at school so the first thing I began to do was to start volunteering at the primary school. 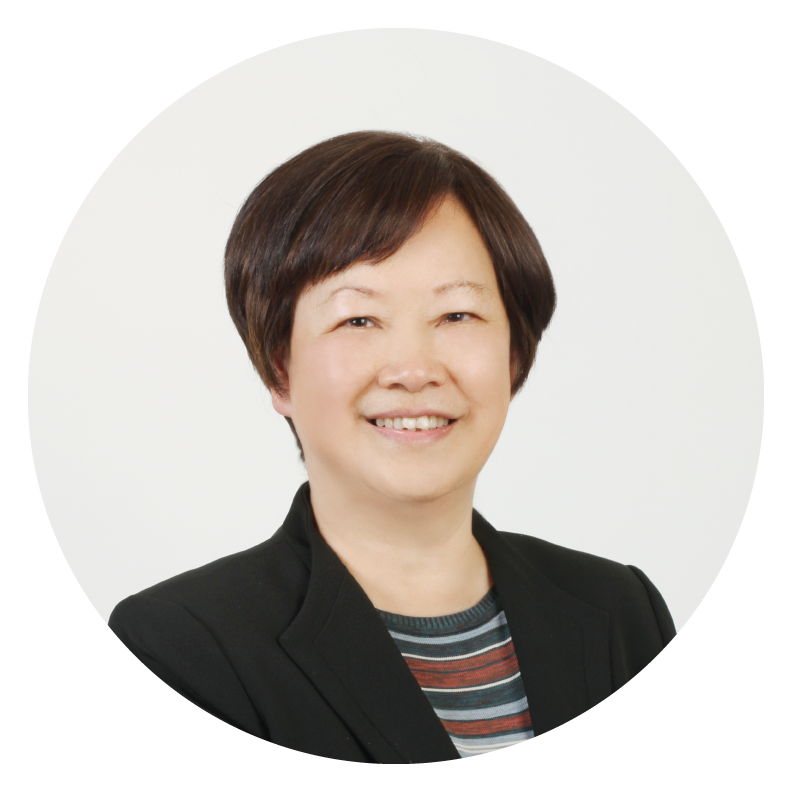 I helped first with the road patrol as a parent volunteer.  This was a simple but important job. As a mum it helped me get to know teachers, other parents and the children, we also got to know the Community Police Officers who helped us out to keep the children safe. I also started helping to make lunches for the children at our school.  This was another way I could give back to my community. Preparing school lunches was fun and I learned about things called Lamingtons and Mince Savouries: very important Kiwi cuisine!  Volunteering at my child’s school allowed me to understand more about the education system and to show my support in a real way.

My philosophy is everywhere you go and with everything you do there will be something to learn. As I came to know some Chinese parents who needed help with their English I started a tea group where we could come together and they could learn basic English. They’ve become very good friends of mine.

By the time my daughter was at college there was no need for school patrols or lunch making, so I stood for the Board of Trustees and ended up serving three terms. I learned a lot from the role.  It was challenging yet interesting and I made more great community contacts.  In 2008 I joined the local Asian Council on Reducing Crime.  Our focus was on preventing crime in our community and keeping our families safe through information sharing and actively playing our parts.  Working with the police was not new for me, as I already knew some of the local Police officers from my time working with the school patrol.  I became more knowledgeable about issues of the community through the various activities we developed and participated in.

Apart from the volunteer work, I also have paid work.  I worked as a Practice Nurse and a Public Health Nurse for some time.  Those jobs gave me exposure to all sorts of people and families and my communication skill greatly improved.  Since 2004 I have been a business tutor for Te Wananga O Aotearoa: the wananga is a Maori institute and I love my job! My duties include teaching and administration. I am used to working with people from different ethnicities and the classes are in the evening: I have much respect for people who work during the day and go to classes at night. We have a lot of laughter in our classes.  I have taken a course in te reo Maori so I could understand a bit more about the Maori culture and not feel foolish when attending a powhiri or visiting a marae.  At the Wananga graduations, I even have to perform, in a group, a mini kappa haka!  If I get some spare time I would like to take another course in Te Reo Maori, hoping that I could speak the language one day.  I speak English, Cantonese and Mandarin.

I decided to stand for election in the local board as another way to serve our community. As an independent candidate and not part of a political party my husband and I had to figure out everything ourselves. The process was interesting but it involved a lot of work and learning from scratch – designing, printing as well as building the sign itself and then asking people for permission to put the sign up on their property was just some of them. When our first sign went missing it really felt like one of my valuable babies was stolen because we had tried so hard and put in so much effort to put it there. I heard it happened a lot, but I never imagined I would become a victim.  Looking at it in a more optimistic way, I laughed and thought that maybe somebody liked me so much they decided to take my picture home!  The only big deal was replacing it, putting in more money and time.  The next thing that happened is that someone put graffiti over my sign, and then it happened on more signs. It all made me feel very uncomfortable and unhappy.  My husband was upset and angry.  He used to go out early in the morning to check on the signs, but he is now making evening rounds too.  He is a bit paranoid about it all but I don’t blame him.  We will be so relieved to find all the signs intact when he comes home from each round.

One day a gentleman called Ken contacted me. He told me that his house was near one of my signs and he noticed that someone had written graffiti over my sign. Ken had gone out and tried to clean the graffiti off but it was oil based paint.  The next day he went out with paint remover and took off the hateful words. My husband had a lengthy discussion with him.  Ken said that this sort of thing shouldn’t happen in our community, and he will keep an eye on my sign and if he sees anything he will not hesitate to ring the police.  Ken is now our friend.  During this campaign journey, there have been others like Ken who were very supportive towards me and this has touched me.  Even people who don’t know me well offered their support.

On one of my signs someone wrote: KIWI? A friend said that I should leave the word KIWI there and just replace the question mark with a big tick.  This will turn a question to an affirmation that yes, I am a Kiwi.

I am a good New Zealander and citizen:  I volunteer and serve my community and contribute for many years: why should this happen to me?  I understand there will always be angels and devils in this world.  Those who attack my signs and try to destroy me is only a small minority of people.  There are many more angels out there who believe in me and support me. I will not fall.  The bad guys will not stop me from standing firm to what I believe in.  If everybody only looks after their own interests or succumb to pressure then our communities will never improve. I believe our community needs more people to put in an effort, and take pride and ownership.  If a sign is defaced, it will be cleaned. If it is stolen, it will be replaced. Ignorance and disrespect for people and their properties will never deter my determination to build harmony and work towards a better community.  These are the things I stand for.

I hold a NZ passport, I volunteer and serve my community, I pay my taxes, I abide by the laws: I am a New Zealander.  More importantly, I love my country.  I will contribute to make it the best place to live in.  To the person who scribbled ‘KIWI?’ on my sign: no doubt about it.  I am a very proud Kiwi.

'We are all blessed to be able to call Aotearoa New Zealand home.'

We are a multi-cultural society, enriched exponentially by the vast array of cultures interwoven in the tapestry of our nation.

At the NZ International Comedy Festival Pax Assadi tells his story of growing up in New Zealand.